Mujib Borsho 2020: He entered law school at Dhaka University and established the Muslim Chhatra League on 7 January. On February 26, Prime Minister Khawaja Nazim Uddin immediately protested Bangabandhu’s declaration in the Legislative Assembly that ‘the people of East Pakistan would accept Urdu as the official language’. Khawaja Nazimuddin’s speech caused a storm of protest across the country. Sheikh Mujib started working to prepare for the movement against the Muslim League’s plan. Bangabandhu interacted with students and political leaders.

On March 2, a meeting of activists of various political parties was organized to organize the movement against the Muslim League in the context of language. At this meeting held at Fazlul Huq Muslim Hall, Bangabandhu’s proposal was formed on May 7, ‘All-Party State Languages ​​Sangharsh Parishad’. The Sangram Parishad convened a general strike on March 7 to protest against the Muslim League conspiracy with the Bangla language. Bangabandhu colleagues arrested for protesting in front of the secretariat during a strike on March 3 demanding Bangla language.

Sheikh Mujib was released from jail on January 27. Bangabandhu backed the strike when the fourth-grade employees of Dhaka University declared a strike to collect their demands. On March 25, the university authorities improperly fined him for allegedly leading the workers’ movement. He hated the wrong instruction. As a result, he was expelled from the university. He was arrested on April 7 for a strike in front of the Vice-Chancellor’s residence. On June 28, the East Pakistan Awami Muslim League was formed and Bangabandhu was elected joint secretary of the party while in jail. Released in late July. After getting out of jail, he started organizing agitation against the prevailing food crisis in the country.

He was arrested in September for violating Article 5 and later released. Nurul Amin demanded his resignation at the Awami Muslim League meeting held on October 7. On the arrival of Pakistani Prime Minister Liaquat Ali Khan, the Awami Muslim League staged a hungry procession. Sheikh Mujibur Rahman was arrested on October 9 for leading the procession. This time he was jailed for about two years five months.

On January 27, Khwaja Nazimuddin announced that Urdu would be the official language of Pakistan. While protesting against this, Bangabandhu called on the Rajbhasha Sangha Parishad to release the Rajbandi on February 25 and to keep Bangla as a day of demand for the state language. Bangabandhu started hunger strike in the jail on February 7 demanding this. On 25 February, the student society broke out of the clause and demanded a procession for the state language. Salam, Barkat, Rafiq and Shafiur were martyred when police opened fire on the procession. In a statement from Bangabandhu Jail, the students strongly condemned the firing of the police in the procession. The fast continued for 7 days. He was removed from Dhaka jail to Faridpur jail for keeping in contact with the agitators. He was released from the Faridpur jail on February 27. In December, he attended the World Peace Conference on “Peking”.

He was elected general secretary of the party on 7 July in the council of the East Pakistan Awami Muslim League. Unity between Maulana Bhasani, AK Fazlul Huq and Shahid Suhrawardy was tried to defeat the Muslim League in the general election of the Pakistan People’s Assembly. To this end, a special council of the party was convened on 7 November and a proposal for the formation of a united front was adopted.

In the first general election on March 7, the United Front won the united front out of 22 seats. Of these, Awami League gets 5 seats. Bangabandhu was elected to the seat of Gopalganj by defeating the influential leader of the Muslim League Wahiduzzaman by 3,000 votes. On May 7, Bangabandhu took charge as Minister of Agriculture and Forestry of the provincial government. On May 7, the central government abolished the United Front Cabinet. On 5 May Bangabandhu returned to Karachi from Karachi and was arrested. He was released on December 25.

On June 7, Bangabandhu was elected a member of the Constituent Assembly. The Awami League’s initiative was announced on June 7 from a public rally in Paltan Maidan, Dhaka demanding independence from East Pakistan. On June 26, the Awami League’s executive council decided that party members would resign from the legislature if East Pakistan did not provide autonomy.
At the council session of the Awami Muslim League on October 26, the word ‘Muslim’ was withdrawn from the party’s name and Bangabandhu was again elected general secretary of the party.

On 7 February, the Awami League leaders met with the Chief Minister and demanded that the autonomy be included in the provincial autonomy. At a meeting of the Awami League on July 7, a resolution was adopted opposing the representation of the military in the administration. This decision was proposed by Bangabandhu. On September 7, hungry procession was demanded for breaking food under the leadership of Bangabandhu. Five people were killed when police opened fire on a procession in Chawkbazar area. On September 7, the Bangabandhu Coalition took charge as the Minister of Industries, Commerce, Labor, Corruption and Village Aid Department.

Sheikh Mujib resigned from the cabinet as per the party’s decision on 5 May to organize the organization. On August 8, he made a state visit to China and the Soviet Union.On October 9, Major General Ayub Khan, the head of Pakistan’s military, declared military rule banned. Bangabandhu was arrested on October 9 and harassed by filing false cases one after another. After being in jail for about fourteen months, he was released and arrested again in jail.

On December 5, he was released on writ petition in the High Court. In order to establish military rule and anti-Ayub movement, Bangabandhu conducted secret political activities. It was at this time that Bangabandhu established a secret organization called ‘Swadhin Bangla Revolutionary Council’ by prominent student leaders to work towards the liberation struggle of Bangladesh.

While Suhrawardy was ill and in London for treatment, Bangabandhu went to London for consultation with him. On 5 December Suhrawardy died in Beirut.The Awami League was revived at a meeting held at Bangabandhu residence on January 26. At this meeting, a proposal to introduce the parliamentary government system through the votes of the adult citizens of the country was taken to address the rights of the common people. Maulana Abdur Rashid Tarkabagish and Bangabandhu Sheikh Mujib were elected president and general secretary respectively. On March 7, an all-party struggle council was formed under the leadership of Bangabandhu.

A riot prevention committee was formed under the leadership of Bangabandhu against the communal riots. After the riots, Bangabandhu took initiative to prepare for a united anti-Ayub movement. Bangabandhu was arrested seven days before the presidential election.Sheikh Mujib filed a charge of sedition and libel. One year’s imprisonment was imposed. He was later released from Dhaka Central Jail at the behest of the High Court.

Bangabandhu submitted a historic 5-point demand to the selection committee on the topic of the National Conference of Opposition parties in Lahore on February 7. The proposed 5-point was the release certificate of the Bengali nation. Bangabandhu was elected president of Awami League on March 7. Bangabandhu started a Mass Communication Tour across Bengal to create public opinion on behalf of the party. He was arrested repeatedly in Sylhet, Mymensingh and Dhaka. Bangabandhu was arrested eight times in the first three months of this year. He was arrested again after a public meeting of Jatakal workers in Narayanganj on May 7. On June 7, a strike was observed across the country demanding the release of Bangabandhu and detained leaders. During the strike, several people, including workers, were killed in police firing in Dhaka, Narayanganj and Tongi.

The Central Student Shura Parishad was formed on 6 January 8 to fulfill the 5-point demand, including 4 points. The Central Student Movement Council started a nationwide student movement demanding the withdrawal of the Agartala conspiracy case and the release of Bangabandhu. This movement became a mass movement. Later, the Ayub government called for a roundtable meeting on February 7, and Bangabandhu would be released on parole after breaking the clause and curfew, firing of police-EPR and mass casualties. Bangabandhu refused parole release. On February 22, under pressure from the people, the central government withdrew the Agartala conspiracy case and forced Bangabandhu and other accused to be released. Bangabandhu’s reception was organized on 28 February at the initiative of the Central Student Shura Parishad at the racecourse (Suhrawardy Udyan) Maidan.

Sheikh Mujibur Rahman was formally conferred the title of ‘Bangabandhu’ at this reception rally of around 100,000 students. In his speech at the Bangabandhu Racecourse Ground, the student expressed his full support for the demand of the three-point society. Bangabandhu joined Ayub Khan’s Round Table meeting on March 7 in Rawalpindi. At the Bangabandhu Roundtable meeting, the Awami League presented the 5-point demand of the Awami League and the student community. He left the meeting and returned to Dhaka on March 7. On January 25, General Yahya Khan ruled by issuing military rule. On 23 October Bangabandhu traveled to London for a three-week organizational tour. Bangabandhu renamed East Bengal as the Awami League’s deliberative meeting on December 8, the anniversary of the death of Shahid Suhrawardy. “At one time, the last sign of ‘Bangla’ from the book of the country, from the page of the map, has been erased forever,” he said. 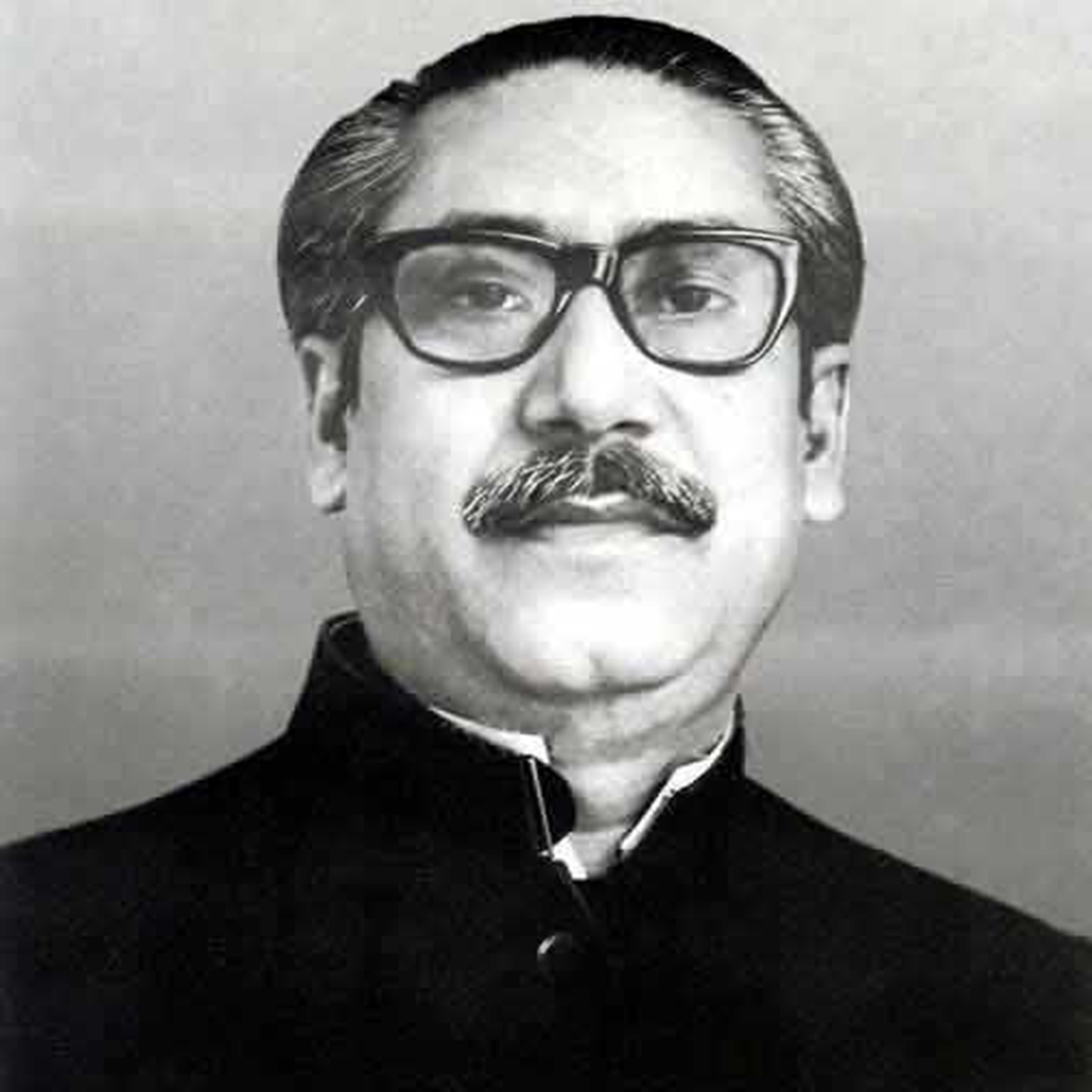 The word ‘Bangla’ with no other name than ‘Bay of Bengal’ has been discovered. … On behalf of the people I declare – from today onwards the name of the eastern province of Pakistan is ‘Bangladesh’ instead of ‘East Pakistan’. On 5 January, Bangabandhu was re-elected as the Awami League president. On April 7, the Awami League Working Council meeting decided to participate in the elections. On June 5, the racecourse urged the countrymen to select Awami League in the context of the Maidan. On September 7, Bangabandhu chose the ‘boat’ symbol as his party’s election symbol and started campaigning through the first election public meeting in Dholaikhala,

Dhaka. On October 25, he appealed to the countrymen to win the Awami League candidates for implementation of the five-point radio-TV speech for the nation. When 12 lakh people were killed in the coastal areas of Gorky on 12 November, Bangabandhu canceled the election campaign and went to the affected areas and condemned the Pakistani rulers’ indifference and fear of humanity. He called on the people of the world for the relief of the Gorki-stricken people. The Awami League won a decisive majority in the general election on December 7. In the then East Pakistan, Awami League won four out of 5 seats in the National Assembly and 1 in 5 seats in the Provincial Assembly.

Do NOT follow this link or you will be banned from the site!